One of the first online portals for travellers in Slovakia. The website has thousands of pages, photos and videos and a lot of discussion topics in the forum. After migration to Drupal 8, all content can be created directly by travellers.

The website was created as a volunteer project and has grown over the years. It was necessary to transfer the core of the website and its content to a new platform with a new design and more efficient functioning. Our job was to prepare an internal audit of the website that revealed which parts of the website needed immediate attention in order to increase the traffic of the web.

Given the very high seasonality of the project’s nature we objectively compare the results interannually.Interannual increase in traffic by 45%
Monthly increase in number of users by 14 530.
Improved website visibility, better positions in Google and improved efficiency of the website 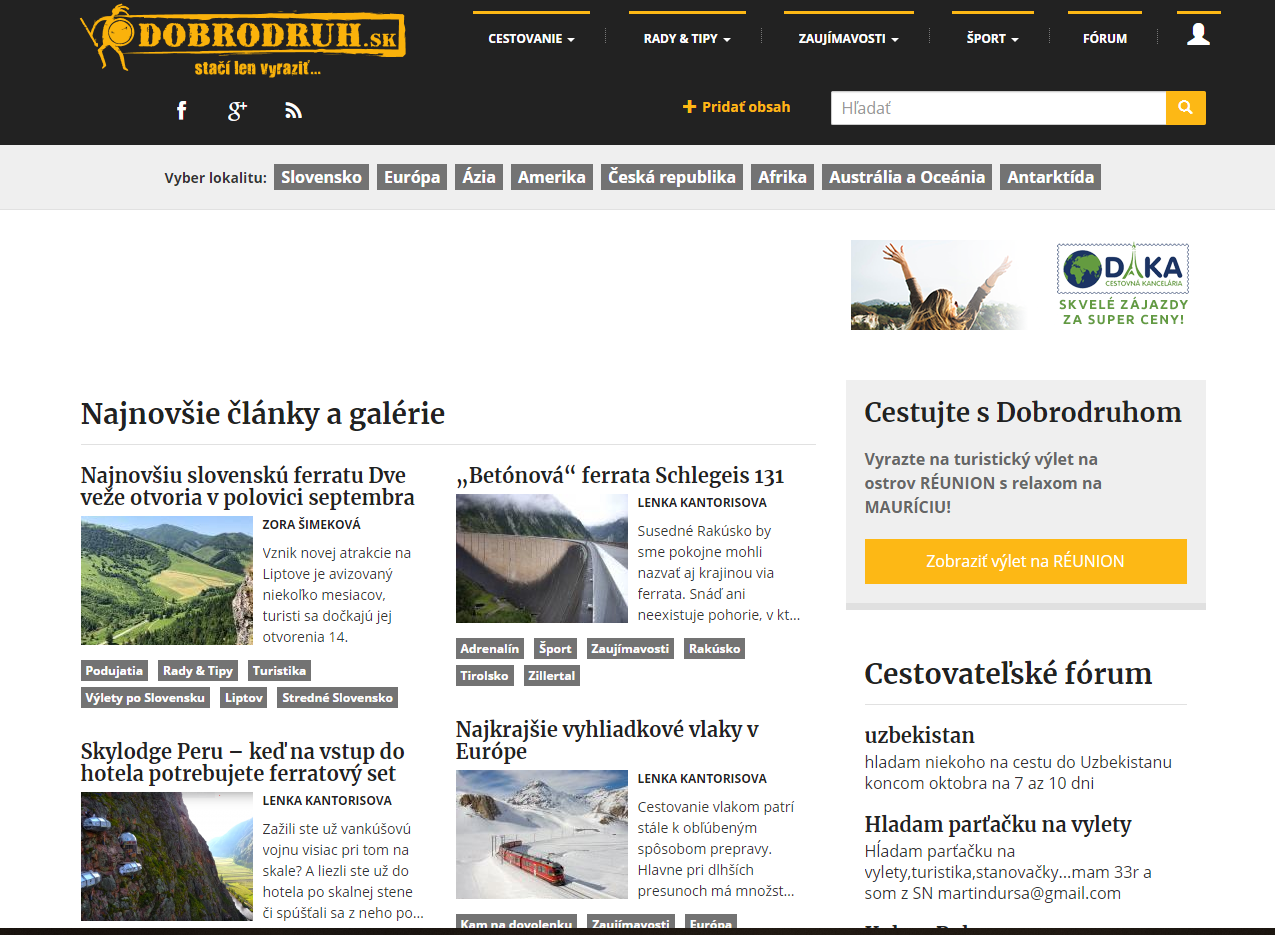 After increasing the traffic of the website, it is at a stage, where the increased number of its visitors is not enough for selling ads yet, but its expenses are increasing.

The goal of the project was to increase organic traffic in order to improve the selling of advertising space.

Definition of possible solutions for improvement and fixing issues

Suggestions and implementation of changes – solutions

We tackled each technical and content issue step by step according to the nature of the problem.

Websites like dobrodruh.sk always offer new possibilities for improvement, mainly from the technical point of view. While working on this project we found a lot room for improvement that could further increase the traffic of the website. However, the scale of our project was limited, mostly because of the volunteer nature of the project.

The results of our work

Since the travel segment is a seasonal one, we compared the results interannually. The graph below shows organic traffic. As the picture shows 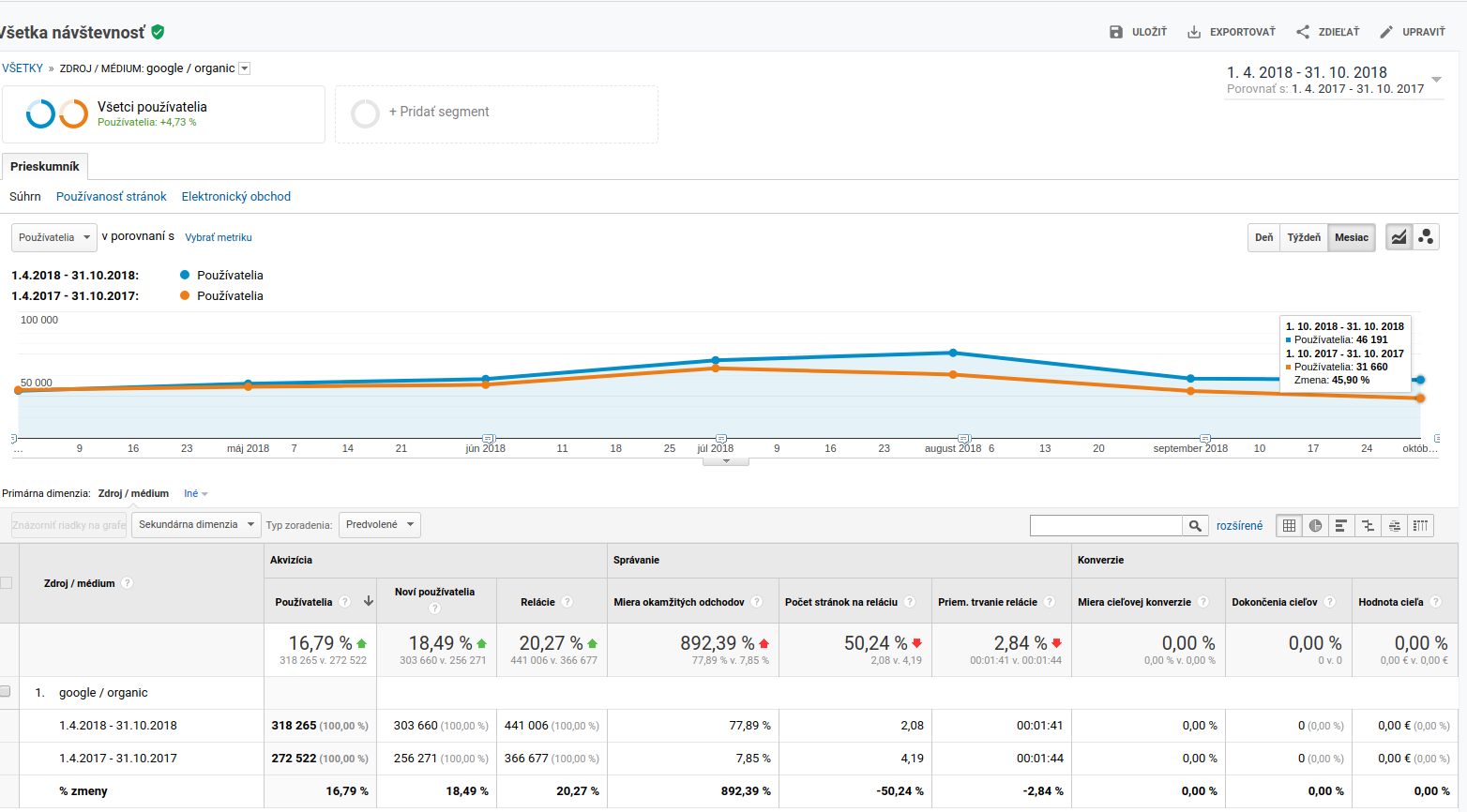